SERIES 4: What Jesus Does

“As Jesus approached Jerusalem and saw the city, he wept over it…When Jesus entered the temple courts, he began to drive out those who were selling.” – Luke 19:41, 45

Jesus wept over Jerusalem for several reasons, the first of which was the city’s spiritual ignorance.

In his own words, Jesus said with tears, “If you had only known on this day what would bring you peace – but now it is hidden from your eyes.” The city of Jerusalem was under Roman occupation and sectarianism was rife, with many splinter groups promoting varying points of view on God. In spite of their divisions, there were united in their worship of God, as they all lived in the same land, read from the same Scriptures, were ministered to by the same priests, worshiped God at the same temple, and were waiting for the same promised Messiah. The unity they enjoyed around these five things, the Land, the Scriptures, the Priesthood, the Temple, and the Promise, gave them a sense of peace. But it was a false peace.

True peace has four dimensions. The first is that true peace is perfect reconciliation with our God. And no amount of connection to land, or saturation with Scripture, or submission to priests, or participation at Temple, or expectation of tomorrow can give you that peace. Only submission to Jesus can give you a peace that comes from reconciling with God, and Jerusalem couldn’t see it.

The second dimension of peace is permanent rest from ourselves. This rest is impossible for us to give ourselves. Not only do we find it hard to let go of the unpleasant things we’ve done or experienced, but we also have an even harder time letting go of the pleasant things we’ve done or experienced. We look to our own actions and experiences for meaning, defining ourselves as worthy or worthless based on them, not knowing we are turning ourselves into prisons. And so we end up restless with ourselves, burdened with regret, guilt, shame, depression, and fear. And only submission to Jesus can give you a peace that comes from resting from yourself, and Jerusalem couldn’t see it.

The fourth dimension of peace is protective restoration of our world. Cultures teach us either to be afraid of nature or to exploit it. Fearing nature leaves us restless, for we walk around in the world paranoid that there may be forces in it out to get us. Exploiting nature just to please our appetites leaves us restless, for we often take more from nature than is good even for us, for we fail to distinguish pleasure from goodness, causing nature to react in ways that hurt us. True peace leads us to cultivate nature, to service it by making it flourish and grow so that it continues to serve us by making us flourish and grow. And only submission to Jesus can give you a peace that comes from restoring the natural world, and Jerusalem couldn’t see it.

Jesus wept because the city was spiritually ignorant. The people had Jesus in their midst but could not see that the peace they were desperately searching for could only be given by him. They had truth, but not revelation, the spiritual eyes to see the truth as it is. Their blindness was a sin which also became a judgment upon them. Being stuck in the sin we refuse to be unstuck from soon becomes the judgment we suffer for it. Because they were blind to the truth, the truth was hidden from them. And because it was a sin they fell into, he came to Jerusalem weeping, but because it was also a sin they were judged with, he came to Jerusalem whipping. When you belong to Jesus, he weeps for your sin until you repent. If you don’t, he whips you for your sin so you can repent. 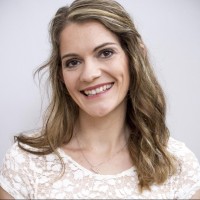